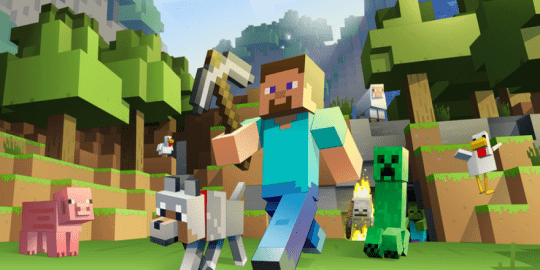 Minecraft is a game that allows players to build and explore in a three-dimensional environment. The game was developed by Markus Persson, also known as Notch, and was released as a public alpha on May 17, 2009. The full version of the game was released on November 18, 2011. Minecraft is currently available for Microsoft Windows, macOS, Linux, and Android.

The game was originally created as a simple building game but has since evolved into a complex and popular game with a large community of players. Minecraft has been praised for its creativity and replay value. The game has sold over 121 million copies and has been downloaded over 2.5 billion times.

Markus Persson began work on the game in May of 2009. He was inspired by games such as Infiniminer, Dwarf Fortress, and Rollercoaster Tycoon. The game was originally intended to be a simple building game, but Persson added new features as development progressed. The game was released as a public alpha on May 17, 2009. The alpha phase lasted for about a year, and during this time, Persson released regular updates to the game. The game's code was also made available to the public, allowing players to create their own modifications, or "mods."

Since the release of the full game, Minecraft has received a number of updates. These updates have added new features and content to the game, such as new blocks, items, mobs, and biomes. The game has also been ported to a variety of platforms, including the PlayStation 3, Xbox 360, PlayStation Vita, and Wii U.

Minecraft is a sandbox game, which means that there is no set goal or objective for the player to achieve. Instead, the player is free to explore the game world and can create their own goals. The game world is generated procedurally, and players can mine for resources, craft items, and build structures. Minecraft is a highly replayable game with a lot of community support. The game does not have a set goal, so players can keep coming back to try new things.